"Tell The Truth Through Whichever Veil Comes to Hand..."

I’m not much of a discerner. First off, I don’t honestly know how to discern (despite my best efforts and trying to buddy up with the Holy Spirit), but also because I tend to be an over-thinker in most things and so when I feel moved to just implusively do something, I kind of just do it. In my experience, when I do something impulsively, it has always, always worked out for me. I think the Holy Spirit knows this (of course He knows this) so, I find when I start to have the desire to know or do something, He puts it everywhere for me and makes me REALLY want to do it.


So it was with veiling. People often ask me why I do it, and I do wish that I was one of those really lovely, holy Catholic women who could say “I had it on my heart and so I prayed on it for a few weeks and I felt a deep calling to do it, discerned that it was a calling from God and not from my own pride and I went along with the call.” (I will admit that I wish I said this because I just really like freaking people out with all the Catholic jargon I know.)  No, with veiling, I heard about it somewhere, read a website or two and I promptly went to the only Catholic store in town at the time—owned by a SSPX parishioner-- and bought a chapel cap. The next time I went to Mass, I pinned it to my hair and never looked back. I actually got quite a few compliments on it- mainly from older ladies in the parish- and so I felt less weird about switching to a full on mantilla when I was given one that belonged to Hubbs’ grandma. I won’t go in to all the stuff about whether it’s required still but no one observes it or no longer required but we should do it. I do it. It’s not not allowed, so I do it. 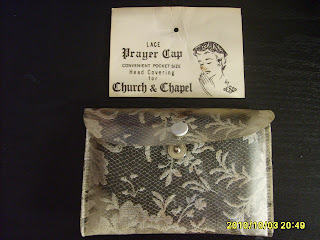 In my parish, there are only about 5 women who veil that I have seen and they are all under the age of 30. All but one is married. My parish is the most traditional in town (aside from the SSPX one, of course) but it’s by no means stodgy; both of our priests have been priests for fewer than 5 years and we have an elementary school attached to our parish. There are a lot of older people, but there are also a ton of kids. I never felt as if anyone gave me weird looks or scoffed at me or anything like that.

I have heard people say that they don’t want to veil because they feel like they will call attention to themselves because they will be the only one. I have heard people say that being the only one will make them prideful. I understand both of these inclinations. I know, for me, that it has made me less prideful, actually. For me, veiling is a reminder of my submission. This may be surprising to exactly none of you, but I’m sort of rebellious and incorrigible. Wearing the veil, which, to the person I was before I came back to the Church, would have seemed really backwards and patriarchal (“what do you mean I should cover my hair? I will cover my hair when men have to cover their hair!”), is a sign that I am submissive to the Church that Jesus founded on Earth- to the teachings and traditions she gave us by His authority. It’s an outward sign, not to everyone around me but to ME that I said yes to this life; that I chose, against all the “rational” thoughts of a former me, to be authentically feminine, to think of myself as a daughter of God. Standing out in front of people when I would rather have disappeared in some back row is breaking down my pride. It says “yes, I know I look a little silly, but I am a Catholic and this is how I show it.” Because, let’s be honest: without the veil, I could be going to work. Priests wear collars, nuns and brothers wear habits- I wear a veil when I’m at There are benefits, too. My mantilla blocks my peripheral vision so I can’t see when people dress inappropriately, or read the bulletin through the entire Mass, which allows me to be more focused on what’s going on and less judgmental. 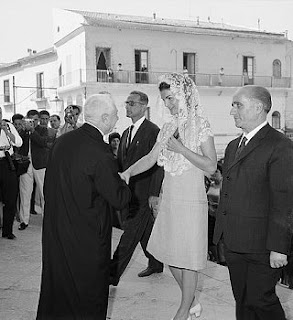 So, if you are thinking of veiling (and you have discerned if that’s how you do things) here are my practical tips for veiling:

Wear what’s comfortable to you.

You can wear any kind of head covering that makes you happy- from a hat to a wide headband to a full-on veil. Since I live in a colder climate, I don’t go for the hat because it would feel more disrespectful to me to leave it on, since I am in the habit of always taking them off when I get inside. However, there is a lady at my parish (who must be either British or Southern) who wears SPECTACULAR vintage style hats and dress suits. She looks great. That would make me prideful, personally, since I’d be trying to match my awesome hat to my awesome outfit.
Start slow!

If you feel a little hesitant at first, that’s okay- try something small like a chapel cap or even just try it out at daily If you feel really weird after wearing it a few times, maybe it’s not for you.

If it’s not for you, then no big deal. We all have ways of expressing our devotion. I have never been able to stand a scapular.

Be prepared for questions

Someone somewhere will ask. Even if your answer is as simple as "I just feel like it's a really beautiful tradition" have an answer.

I drafted this post some time ago and posted it finally in order to contribute to a topic prompt by the Bright Maidens. I highly recommend reading them if you have any interest in what it's like to be young, female and Catholic!

Disclaimer #1: I hate the word “modesty.” I feel like it only applies to women and has no real basis in reality with respect to what one can actually find in stores. I am not one to advocate the wearing of floor-length prairie skirts and turtle-necks. Mainly because I really think they are a fashion faux-pas and if that makes me a materialistic secular person, so be it. That being said, I am going to use the word modesty for- literally- lack of a better word. I am using it to mean…basically… um…. Not slutty. I guess? Semantics tick me off. 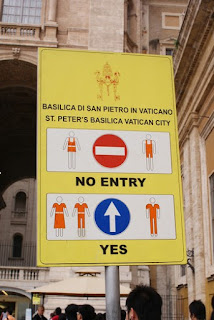 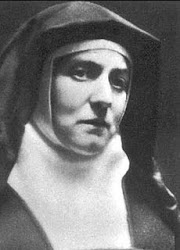 My confirmation Saint. St. Edith Stein (Teresa Benedicta of the Cross) Pray for us!!

Paige
I am a twenty-something who decided to finally stop searching and just submit to the religion of my childhood. I am married to a wonderful, supportive man (who I hope might blog on here someday) and have two nutty cats. The other day, I took a personality test and when I got to the question "I think everything can be analyzed" I laughed. No further exploration of my personality needed!